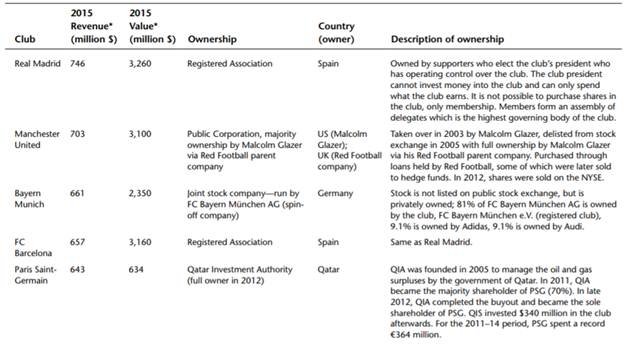 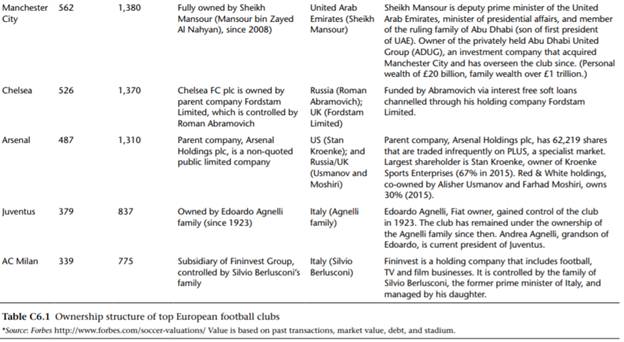 Clubs not meeting these requirements face a range of sanctions including fines, points deductions and even disqualification. Manchester Cityâ€™s punishment in 2014, for example, not only landed them a hefty fine but also restricted the number of players they could register for the following seasonâ€™s Champions Leagueâ€”thereby inflicting a significant blow to their hopes for success in the competition. UEFAâ€™s regulations have not only hit the big clubs bankrolled by sheikhs and oligarchs. As of 2013, a total of 76 clubs were being investigated because of failed breakeven calculations for 2012. However, since the regulations only apply to clubs entering European competitions, they have also prompted similar moves to regulate domestically. The Football League, for example, which represents the lower tiers in England, announced the agreement of a Financial Fair Play framework including a break-even rule and a protocol limiting total spending on player wages to a proportion of club turnover. The role of fans Another major governance challenge facing European football concerns the role of fans in the running of football clubs. After all, at the end of the day, clubs depend on their fans for their livelihood, as either spectators, TV audiences, or consumers of merchandise. Also, football fans are unlike typical consumers in that they rarely if ever switch allegiance and so are â€˜brand loyalâ€™ often for their entire lives, regardless of the varying fortunes of their team. This means that they might be seen as one of the most important stakeholders in the club and could be expected to have a significant say in the running of its affairs. In recent years, several initiatives have been taken to address fansâ€™ interests more directly, as two examples from the UK illustrate. A government-funded initiative, Supporters Direct, was initiated in 2000 to encourage the creation of supportersâ€™ trusts, which organize collective shareholding for fans in their clubs. The aim of these trusts is â€˜to bring about responsible, democratic representation at spectator sports clubs, and so help promote the highest standards of governance, accountability and embed those clubs deeper into their communitiesâ€™. The trusts have grown in popularity amongst supporters, with many clubs now having one, but in only a handful of small teams have the trusts directly assumed ownership of the clubs. Another initiative by the clubs themselves has been the Football in the Community scheme. This involves the clubs in various social projects, generally targeted at embedding the club in the local community and addressing social exclusion, unemployment, or antisocial behaviour in the immediate vicinity of the clubs. Corporate social responsibility programmes have become more widespread in the world of football, especially amongst large clubs, where teams such as Arsenal and Chelsea now have initiatives, reports, and websites dedicated to social responsibility. Even smaller clubs, such as Charlton and Brentford, have initiated a host of award-winning community schemes, often in partnership with fans, the police, and local councils. While these philanthropic initiatives appear laudable, the tension about the core purpose of a football club remains: is it just another business that can â€˜give backâ€™ to the community some of its commercial success, or is the actual primary purpose of clubs to provide value to fans? Perhaps the most striking alternative is illustrated by clubs such as Real Madrid and FC Barcelona, which are member-owned, democratic, not-for-profit organizations. Here, the club leadership is accountable to the people who watch and

pay, and the primary rationale for the club is to play football. Members at Barcelona, for example, can vote on the election of the clubâ€™s president and the governing board, and have a right to participate in key decisions. Barcelona and Real Madrid are both hugely successful teams that have dominated the Spanish league for decades, as well as recording a string of European successes. It is hardly surprising, therefore, that they have attracted an avid membership, as well as recording Europeâ€™s highest annual revenues, demonstrating that it is not necessary to have either a wealthy oil sheikh or stock market financing to be financially viable at the top of the game. Indeed, by 2013, after a period of football domination in Europe, Barcelona could probably lay claim to being the club with the most official members in the worldâ€”some 222,000. Nonetheless, the domination of Real and Barcelona in Spain has often come at the expense of Spainâ€™s other teams who have rarely been able to exercise the kind of economic muscle necessary to challenge for the Spanish title and compete with the European elite. Back in the UK, governance issues have remained high on the agenda in the wake of financial problems among various clubs, a failure to nurture domestic talent (leading to poor showings of the national team in international tournaments), and an ongoing unease about the source of funds flowing into the game. A Parliamentary Football Group proposed a number of recommendations to enhance governance in the â€˜industryâ€™, including an enhanced â€˜fit and proper persons testâ€™ which was adopted by the Premier League in 2009 in order to exclude unscrupulous club owners and directors. In the case of Manchester City, Sheikh Mansour passed the test, but not without criticism from NGOs such as Human Rights Watch, which denounced Abu Dhabi (the country that he, as deputy prime minister, and his family run) as a repressive â€˜black holeâ€™ for human rights. Still, his predecessor would have fared even worse. Thaksin Shinawatra, the former prime minister of Thailand who bought the club in 2007 before selling it for a â‚¬150 million profit little more than a year later, is currently on the run having been sentenced to two years imprisonment in his native Thailand. As a convicted criminal he almost certainly would have failed the fit and proper persons test. However, despite being dismissed from his position as honorary club president by the new owners because of his conviction, Shinawatra remains popular amongst City fans for rescuing them financially and starting them on the path to glory. Football fans, it seems, may want their clubs governed better, but not if it means missing out on silverware at the end of the season. Questions 1.